Skip to content
A call to recognize, protect and support 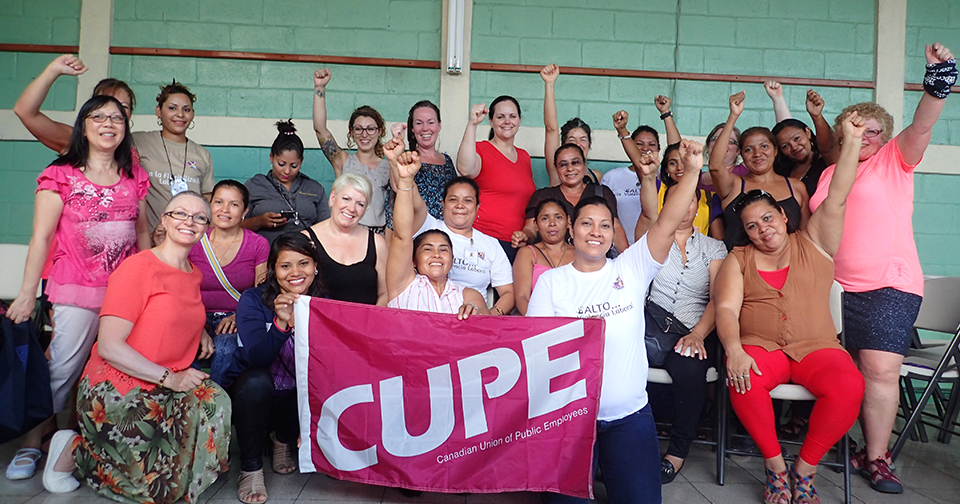 Last week, on September 21 and 22—for the first time ever—women foreign ministers came together at a meeting hosted by Canada’s Foreign Affairs Minister, Chrystia Freeland, and her European Union counterpart, Federica Mogherini.  A group of civil society organizations from the Women, Peace and Security Network-Canada have come together to use this summit as an opportunity to advocate for more global action to recognize, protect and support women human rights defenders and women’s movements.

CUPE has joined other groups who are calling on the foreign ministers to make concrete and accountable commitments to women human rights defenders and women’s movements at the two-week long General Debate of the United Nations General Assembly, which begins Tuesday September 25.

We, the undersigned organizations, call on Women Foreign Ministers gathered in Montreal, on the eve of the High-Level General Debate of the 73rd Session of the United Nations General Assembly in New York, to make concrete and accountable commitments to women human rights defenders and women’s movements:

1.     RECOGNIZE: Explicitly recognize the legitimacy of women human rights defenders and women’s movements, and publicly support and acknowledge their contribution to the realization of more peaceful, just, and inclusive societies worldwide.

3.     SUPPORT: Support, strengthen and fund women’s movements, and defend their right to engage in public life and discourse without fear of punishment, reprisal, or intimidation.

Women human rights defenders include lawyers, journalists, trade unionists, grassroots community activists, politicians, peacebuilders, youth leaders and anyone who is a woman peacefully advocating in support of human rights. They are on the forefront of movements to prevent conflict and promote social justice, peace and security.

Women’s movements and civil society groups more broadly have always been drivers of social and political progress, and are key actors in advancing greater peace and security across the globe. From women’s suffrage and civil rights, to LGBTI rights and the fight against HIV/AIDS, they are the most effective at identifying and advocating for the needs and rights of the individuals and communities with which they work.

Yet women human rights defenders are at a heightened risk of experiencing human rights violations, including forms of gender-based and sexual violence, threats, harassment, and defamation campaigns linked to their status as women. These risks are compounded for those whose ethnicity, religion, caste, class, sexual orientation, gender identity, age, nationality, Indigenous identity, or disability exposes them to multiple and intersecting forms of marginalization.

Women human rights defenders and women’s rights movements are frequently targeted because their activism is seen as challenging traditional gender norms, such as through working to defend sexual and reproductive health and rights; the human rights of women and girls; or the environment, land, and territory.

Women human rights defenders and women’s movements’ contributions to public debate and decision-making should be celebrated, not criminalized, and recognized and supported by states. This requires the adoption and implementation of legislation and systems of justice and accountability that recognize and protect women human rights defenders, as well as policies and funding mechanisms that promote their active, free, and meaningful participation in the development, implementation and monitoring of public policy.

Welcoming the precedent-setting nature of this Women Foreign Ministers Meeting, and the collective power of your voices, we call upon you to reference the above points and commit to concrete actions in your country’s statement during the High-Level General Debate during the upcoming United Nations General Assembly